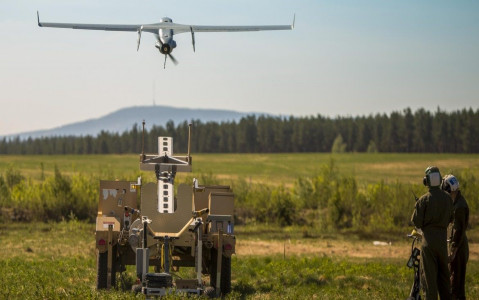 Boeing subsidiary Insitu was awarded a more than $390 million contract to supply Blackjack and ScanEagle drone systems for the U.S. military and for foreign military sales, the U.S. Department of Defense said in a release.

It also provides for up to six RQ-21A unmanned aircraft systems and up to 17 air vehicles for foreign military sales, including to Canada, Poland and Oman.

Insitu will also provide up to 93 ScanEagle unmanned aircraft systems in various configurations.

Training, test and engineering, operations support, maintenance and other services are also included.

Work is expected to be completed in June 2022.

The RQ-21A Blackjack small tactical unmanned aircraft system is a military version of Insitu’s Integrator drone that is capable of operating from land and sea.

It first flew in February 2013 and the U.S. Navy received two Blackjack systems in July 2015. The U.S. Marine Corps conducted its final mission with Textron’s RQ-7B Shadow in July 2018, replacing it with the Blackjack.

Both the Blackjack and ScanEagle system use a trailer to pneumatically launch the drone, and both are recovered using Insitu’s SkyHook system.

The Boeing Insitu ScanEagle drone is a small, portable low-altitude long-endurance unmanned aerial vehicle that can operate over land and sea.

The UAV has a flight endurance of up to 18 hours and is used for battlefield intelligence, reconnaissance and surveillance. It has a wingspan of 3.1 m (10.2 feet), and flies at a cruise speed of 50-60 knots with a flight ceiling of 19,500 feet. The drone can carry a payload of up to 5 kg (11 lb).