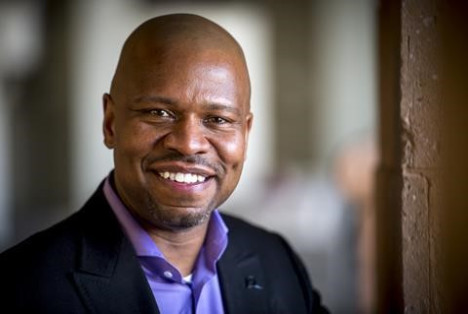 Ted Colbert, the new head of Boeing Defense, Space & Security, stands poised to lead his organisation in a decade where the emphasis is decidedly shifting from specific platforms to networked assets and the new frontier of autonomy.

Less than three months after being named head of Boeing’s defence business, Colbert cuts an upbeat, enthusiastic figure in an interview with FlightGlobal in Singapore. He was in town for the annual Shangri-La Dialogue defence gathering, where military leaders discuss geopolitics and Asia-Pacific security challenges.

Colbert spent his first weeks in the role listening and gathering feedback. He cites Boeing’s ‘Seek, Speak & Listen’ initiative as a guiding principle.

“I’ve been spending most of my time at events like this… spending time with our customers, understanding what their priorities are, getting a better understanding of the challenges that we have, and trying to ground myself in the realities of the many current situations going on around the world, and trying to match that with near-term and future priorities for the defence business.”

Colbert has also spent time with colleagues internally coming to grips with things, especially as the world emerges from the coronavirus pandemic. “I’ve done several roundtables and touched hundreds – if not thousands – of our teammates, just listening and understanding what’s going on.”

Even before this Colbert already had a clear-eyed view of Boeing’s opportunities and challenges. Prior to becoming president and chief executive of the defence business, he headed Boeing Global Services, which deals with both commercial and government customers globally.

Colbert has also served as the company’s chief information officer. An engineer by training, his resume has a distinct Information Technology (IT) focus, with senior IT roles at Citigroup and the Ford Motor Company. Colbert feels that working in IT gave him a broad view of things, both at the strategic and platform levels.

With eight divisions, Defense, Space & Security is one of Boeing’s three pillars – the others being Global Services and Commercial Airplanes. The unit produces a range of systems, from fixed-wing fighters such as the F-15EX and F/A-18E/F Super Hornet, to helicopters such as the AH-64 Apache and CH-47 Chinook. It is also responsible for Boeing’s space business, including the Starliner spacecraft that recently flew an automated mission to the International Space Station.

Asked about the defence unit’s opportunities and challenges in the coming decade, Colbert suggests they are much the same thing.

“We have a portfolio of very strong, proven platforms in the defence business,” he says. “The next 10 years, I believe, will amplify the importance of things like autonomy.”

As examples, he cites the developmental MQ-25 Stingray, an unmanned air vehicle (UAV) that will serve as a refueller for US Navy carrier air wings, the ScanEagle UAVs produced by unit Insitu, and Orca, an unmanned submarine programme for the US Navy. Colbert also offers Boeing Australia’s Airpower Teaming System as a prime example of autonomy that will grow and mature over the next decade.

Still, Colbert still sees an important role for manned aircraft, as customers will need a mix of assets, both autonomous and manned, working together.

“I don’t think the manned aircraft is going to go away in the next 10 years,” he says. “I think it will be integrated with other unmanned and autonomous capabilities.” Full article: