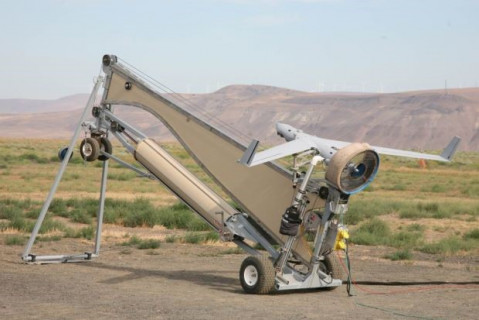 PETALING JAYA: The Malaysian government is not incurring any cost in the acquisition of 12 surveillance drones worth almost RM80mil from the United States, says the Defence Ministry.

The Ministry said the cost was borne by the United States as part of its Maritime Security Initiative (MSI) programme.

The MSI programme provides assistance in terms of capability (assets) and capacity (training) to countries including Malaysia to help increase the Maritime Domain Awareness in South-East Asia.

"The programme is funded entirely by the US and the Malaysian government is not incurring any cost.

"The Royal Malaysian Navy will receive the assets in stages beginning 2019 to 2022, whereby the first batch of six ScanEagle UAV (unmanned aerial vehicle) is expected to be accepted in mid November," said the Ministry in a statement on Friday (June 7).

The ScanEagle UAV will help Malaysia in maritime patrolling, it added.

"As a maritime country, Malaysia needs the intelligence, surveillance and reconnaissance abilities to monitor its extensive strategic paths in the Straits of Malacca, the South China Sea and the Sulu Sea.

"In line with the nation's non-partisan position and to forge friendship with everyone, Malaysia welcomes such defence cooperation with all stakeholders, including the United States and China to safeguard the country's security and stability in the South-East Asian region," said the Ministry.

It was reported that the purchasing of the drones worth US$19mil (RM79.03mil) from the United States was a move seen as part of President Donald Trump's effort to boost its allies' intelligence-gathering capabilities amid the rising tension with China.

Reuters reported that the sale is part of a US$47mil (RM195.51mil) deal to sell 34 ScanEagle drones made by Boeing Co to the governments of Malaysia, Indonesia, the Philippines and Vietnam.

The ScanEagle is an unarmed drone manufactured by Boeing's Insitu, which also makes the RQ-21A Blackjack, the armed drone used by the US Navy and Marine Corps.