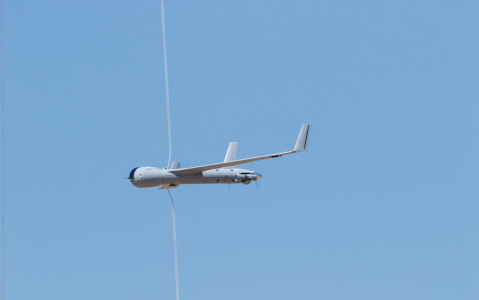 The Defense Ministry has accepted a grant comprising 14 Insitu ScanEagle drones and three Bell 412 helicopters from the United States, as Jakarta expects the equipment to further strengthen the Navy's maritime patrol operations throughout the archipelago.

House of Representatives Commission I overseeing intelligence, defense and foreign affairs approved on Wednesday the grant from the US, although lawmakers reminded the Defense Ministry to conduct reassessment on the conditions of the drones and the helicopters so as to prioritize  national security.

"We ask the government to take precautionary measures [...] such as to ensure that there are no wiretapping tools left attached unintentionally [in the equipment]," House Commission I chairwoman Meutya Hafid said, "There is no need to be overly suspicious when a country that has a defense cooperation with [Indonesia] decides to give a grant but cautiousness is still necessary."

Sakti said in 2014 to 2015, the US offered the Indonesian Military (TNI) a grant under Foreign Military Financing (FMF). The Navy accepted the offer in 2017, which covered a grant consisting of the ScanEagle drones, unmanned aerial vehicles built by Boeing subsidiary Insitu and an upgrade of Bell 412 helicopters.

The Defense Ministry had set up an assessment team to examine the technical, economic and political aspects before deciding whether it was strategic for Indonesia to accept the grant.

The US$28.3 million-worth ScanEagle drones were expected to improve the Navy’s intelligence surveillance reconnaissance and ultimately strengthen the nation’s defense system, Sakti said.

He also believed that the three Bell 412 helicopters worth US$6.3 million would be able to improve the Navy's effectiveness in carrying out military operations and increase the capabilities of national defense.

“ScanEagle drones will only be used by the Navy for special purposes. We will only spend around Rp 10 billion [US$719,886] to integrate and ensure the data security of the equipment with other defense systems,” Sakti said, adding that state-owned electronic components maker PT LEN Industri would handle the integration.