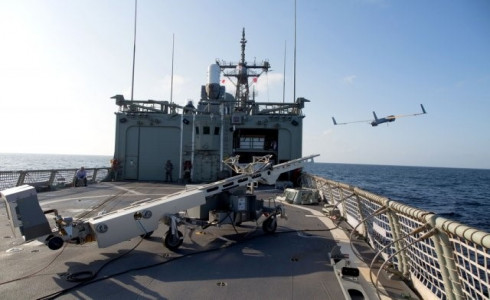 “We approved the government’s receipt of grants from the United States in the form of 14 ScanEagle UAV units and the upgrade of three Bell 412 helicopters,” Meutya Hafid, chairwoman of the House of Representatives’ committee on defense and foreign affairs, told reporters.

Jakarta will accept the grant following reassessment on the conditions of the military equipment, Hafid said.

Between 2014-15, Washington offered the Indonesian Military (TNI) a grant under Foreign Military Financing (FMF) that covered ScanEagle UAVs, and Bell 412 helicopter upgrade.  The drones will be employed to conduct maritime surveillance, including in waters off the Natuna islands where Jakarta and Beijing have been engaged in a stand-off over fishing rights, local media reported, citing defense ministry.

China and Indonesia have locked horns over their ownership claims in the South China Sea. Turbulences have risen in the recent months following “encroachment” of Chinese coast guard ships and fishing vessels in Indonesia’s Exclusive Economic Zone (EEZ).  Indonesia's EEZ overlaps with China’s capacious nine-dash line claim, under which Beijing asserts rights over nearly 90% of the critical South China Sea. The US Energy Information Administration (EIA) estimates that there are 11 billion barrels of oil in the South China Sea, as well as 190 trillion cubic feet of natural gas.