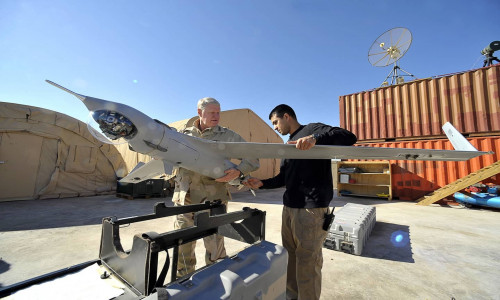 According to a statement released by the U.S. Department of Defense, Insitu Inc. is awarded $47,9 million for delivery order against a previously issued basic ordering agreement for 34 ScanEagle unmanned air vehicles for the governments of Malaysia (12); Indonesia (8); Philippines (8); and Vietnam (6).

Also noted that work will be performed in Bingen, Washington (77 percent); and multiple shore and at sea locations in Malaysia (9 percent); Philippines (5 percent); Vietnam (5 percent); and Indonesia (4 percent), and is expected to be completed in March 2022.

The ScanEagle was originally designed to be launched and recovered by fishing vessels in order to track fish while out at sea.

Now, the ScanEagle has been modified into two models, day and night, both equipped with different cameras to better suit the needs of troops on the ground. The aircraft is roughly 40 pounds and can remain in the air for nine to 14 hours depending on fuel and weather conditions.

The ScanEagle requires no runway or arresting gear to operate. A pressure-controlled launcher is used to catapult the UAV into the air.