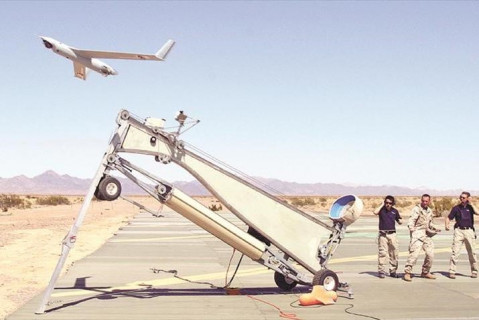 The Boeing subsidiary will provide 12 aircraft for Malaysia, 8 for Indonesia, 8 for the Philippines and six for Vietnam, the U.S. Department of Defense announced Friday.

Seventy-seven percent of the work will be performed at Insitu's plant in Bingen, Wash., as well at multiple shore and at sea locations, including 9 percent in Malaysia, 5 percent each in Philippines and Vietnam, and 4 percent in Indonesia.

Work is expected to be completed in March 2022.

Starting in 2004, the U.S. Marine Corps contracted Boeing to provide services support to protect Marines deployed in Iraq. The Air Force purchased one ScanEagle system in late 2006 and deployed it to Iraq.

Rather than being launched from an airfield, the ScanEagle takes off from a pneumatic launcher, known as the SuperWedge. It is recovered using the "Skyhook" retrieval system -- a hook on the end of the wingtip to catch a rope hanging from a 30-to-50-foot pole, according to the U.S. Air Force.

The ScanEagle system includes a ground control station, remote video terminal, and a launch and recovery system, and is run by two specially trained personnel.

"Expeditionary and versatile ScanEagle delivers persistent imagery on land or at sea at a fraction of the cost of other remote sensing methods," the company said on its website.