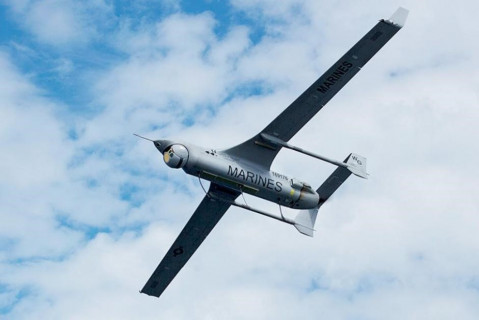 The deal will include training, testing and engineering, operations support, maintenance and other services, Pentagon said.

Eight-three percent of the work will be performed at Insitu's plant in Bingen, Wash., with 5 percent at various locations into the continental United States and 12 percent outside. Work is expected to be completed in June 2022.

Naval fiscal 2019 operation and maintenance, fiscal 2019 building partnership capacity, and FMS funds in the amount of $9.9 million will be obligated at time of award, $9.5 million of which will expire at the end of the current fiscal year.

Neither drone model requires a runway, and can operate from land and sea.

The RQ-21A Blackjack is a military version of Insitu's Integrator drone.

Each drone's six payload spaces can carry up to 39 pounds with an endurance of 16-plus hours per day.

The Blackjack is considered a category 3 drone with maximum gross takeoff weight of less than 1,320 pounds, normal operating altitude of less than 18,000 feat above mean sea level and less than 250 knots per hour. It weighs 81 pounds and the length is 8.2 feet, according to the company.

The Insitu ScanEagle drone, which has been deployed with the U.S. MarineCorps since 2004 and the U.S. Navy since 2005, is a smaller long-endurance unmanned aerial vehicle.

As a category 2, it can operate up to 19,500 feet and loiter over a battlefield for extended missions of 24-plus hours. Its normal operating altitude is less than 3,500 feet at an airspeed less than 250 knots per hour.

At a length of 3.9 feet and 39.7 pounds, its payload is a high resolution, day/night camera and thermal imager. Full article: