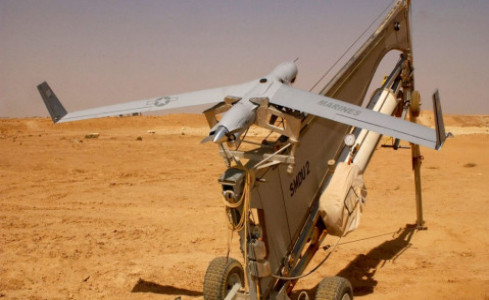 The #Lebanesearmy Air Force received a batch of 6 drones through Rafic Hariri International Airport, as part of the United States Aid program dedicated to the #LAF146

The Boeing Insitu ScanEagle drone ScanEagle is a small, portable low-altitude long-endurance unmanned aerial vehicle with a flight endurance of over 20 hours used for battlefield intelligence, reconnaissance and surveillance.

The Scan Eagle systems, valued at more than $11 million, are part of a $120 million package of U.S. military aid for Lebanon announced in December 2017. That package included six new MD 530G light attack helicopters and associated equipment and training. U.S. Army Contracting Command issued a contract for the helicopters in October 2018, with deliveries scheduled to be complete by the fourth quarter of 2020.

“This advanced equipment will help the Army build on its steady strong capability to conduct border security and counterterrorism operations and importantly to defend the country and the people of Lebanon,” Ambassador Elizabeth Richard said at the time.

Four A-29 Super Tucano light attack aircraft were handed over to Lebanon in June 2018, completing an order of six planes. Three years earlier, the U.S. Department of State approvedthe sale of the aircraft and associated equipment worth $462 million. Lebanese authorities were able to procure the aircraft through a $1 billion grant received from Saudi Arabia in 2014. The U.S. delivered Advanced Precision Kill Weapon System laser-guided rockets valued at more than $16 million for the Lebanese Air Force’s A-29s in February.

In August, Lebanon received eight M2A2 Bradley Fighting Vehicles from the U.S., part of a $100 million program to deliver 32 in total.

In September, a contract was awarded to supply 155mm high explosive howitzer projectiles to Lebanon.

Since 2005, the United States has provided more than $2.29 billion in security assistance to support the capacity of the LAF to secure and safeguard Lebanon’s borders, counter violent extremism, manage threats and respond to crises, interdict items of proliferation concerns, and extend government control throughout the country. An estimated 80% of LAF equipment has come from the U.S. government, according to the Embassy. Full Article: