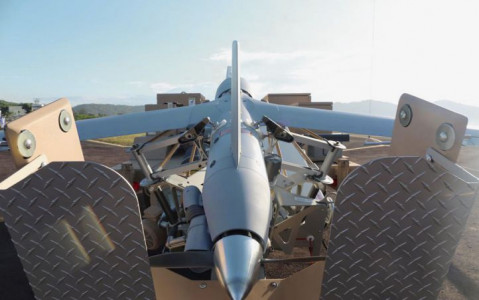 The sale, if it proceeds, could be one of Vietnam’s most notable US military acquisitions since Washington lifted military sanctions on the Southeast Asian country in 2016.

Speaking at the 2019 LIMA exhibition in Langkawi on 27 March, Yeong Tae Pak, Boeing’s marketing director for defence sales in Southeast Asia, said the ScanEagle sale is supported through US Foreign Military Financing (FMF) and that the recipient will be the Vietnamese Coast Guard. “For the first time, since the lifting of sanctions, Vietnam’s coast guard is going to [acquire] the ScanEagle,” said Pak. “The sale is in progress.”

Pak referenced the ScanEagle sale as an indicator of Boeing’s defence sales strategy in newer regional markets such as Vietnam, where opportunities to grow its defence presence is being pursued, initially at least, through “lower-tier” platforms. The effort is also supported by Boeing’s already-strong regional profile in the commercial aerospace domain.

In addition to Vietnam, Boeing has had success with its ScanEagle in several regional countries. Jane’s reported in 2018 that Indonesia is negotiating the sale of four ScanEagles for its navy through US funding. The Philippines emerged as a ScanEagle operator in 2017, although the number of systems it operates is unconfirmed, while Malaysia ordered an unknown number of ScanEagle systems in 2012.

“Maritime security is a focus for many countries in Southeast Asia, so we have started with ScanEagle in several countries. [This is] a lower-tier product but a very effective product to enhance situational awareness and to gather and share information.”

Want to read more? For analysis on this article and access to all our insight content, please enquire about our subscription options at ihsmarkit.com/janes