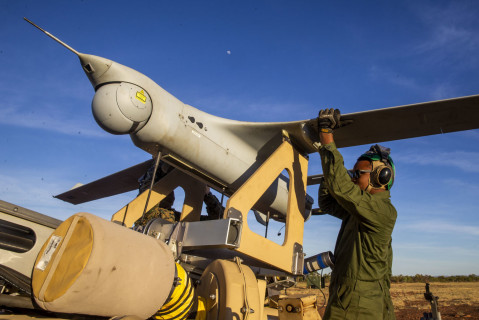 ARLINGTON, Va. — The Navy is planning a series of upgrades to the Boeing Insitu-built RQ-21A Blackjack unmanned aerial system, an acquisition official said.

The fielding of the RQ-21A Blackjack unmanned aerial system achieved full operational capability in 2019. All 21 systems for the Marine Corps and 10 for the Navy have been delivered to fleet and training units.

The Blackjack now equips four Marine UAV squadrons plus a fleet replacement detachment. The Marine Corps deploys the Blackjack with its Marine expeditionary units onboard amphibious warfare ships. The 10 systems for the Navy have been delivered to Navy Special Warfare Command and made two deployments in 2019.

“The RQ-21 has flown over 14,000 hours and has seen some of the highest readiness rates in all of naval aviation,” Corey said.