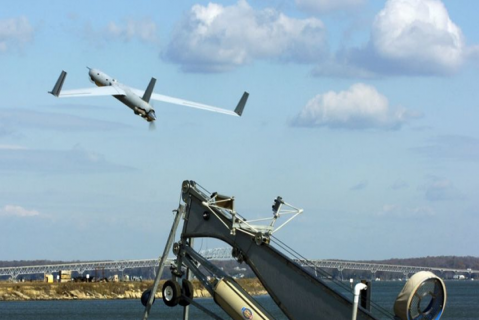 Officials of the Naval Air Systems Command at Patuxent River Naval Air Station, Md., are asking Boeing Insitu Inc. in Bingen, Wash., to provide as many as 86 86 RQ-21A Blackjack UAVs and as many as 93 ScanEagle UAVs for the Navy, Marine Corps, and foreign allies.

The Boeing Insitu Blackjack UAV is eight feet long with a 16-foot wingspan. It weighs 81 pounds, and is designed to carry multisensor payloads in a large pod below its nose. The UAV can fly as fast as 104 miles per hour, cruises at 63 miles per hour, can fly as long as 24 hours, and can fly as high as 19,500 feet. It is a version of the Insitu Integrator UAV.

In addition to the Navy and Marine Corps, these UAVs are for the governments of Canada, Poland, and Oman. The contract includes training, test, support, maintenance, hardware installs, and repairs.

The RQ-21 Blackjack is a twin-boom, single-engine, monoplane UAV for surveillance and reconnaissance. Users can launch and recover the reconnaissance drone on land or at sea without runways by using a pneumatic launcher and net-type recovery system.

For the Marine Corps it will provide the expeditionary force, divisions, and regiments with a dedicated intelligence, surveillance, and reconnaissance (ISR) system that sends information to the tactical commander in real time.

The ScanEagle UAV, meanwhile, can fly on gasoline or heavy fuels like jet fuel, diesel, or kerosine. It provides persistent surveillance and reconnaissance imagery on land or at sea at lower costs than other surveillance methods for military and agriculture missions.

ScanEagle can carry a sensor payload consisting of visible-light camera, medium-wave infrared imager, or both integrated in one turret. The UAV ans has an analog digitally encrypted video data link, as well as encrypted or unencrypted command-and-control data link.

The UAV can be launched autonomously and uses a no-nets recovery system that recovers with its wing tip on a rope that hangs from a boom.

On this contract Insitu will do the work in Bingen, Wash., and at other locations inside and outside the continental U.S., and should be finished by June 2022. For more information contact Boeing Insitu online at www.insitu.com, or Naval Air Systems Command at www.navair.navy.mil. Full article: