RQ-21 Blackjack drones to be used in Australia by Marines 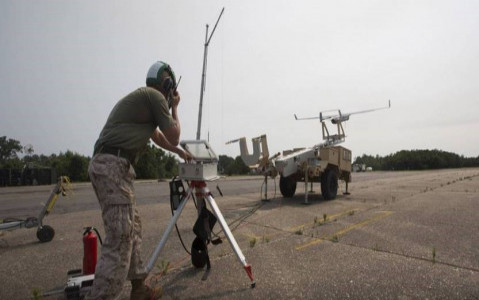 The annual Marine Corps rotation will see drones being used Down Under for the first time in history. The rotation has been pushed back by two months due to COVID-19 and will see around 1,200, fewer than half as many as the usual number.

The rotation troops consist of US Marines from Twentynine Palms, California, Combat Logistics Battalion 5 from Camp Pendleton, California, and a command element from the III Marine Expeditionary Force from Okinawa.

The exact amount of RQ-21 Blackjack drones coming to Australia is unknown at this stage. We do, however, know that the drones will be used to monitor remote battle space, the troops will practice deploying the drones that will be used to send back information to commanders who are then able to make the next call.

A Boeing company, Insitu, is the company behind the popular RQ-21 Blackjack drone that has a wingspan of 15.7 feet and a length of 8.2 feet. The drone weighs 81 pounds and has a maximum take-off weight of 135 pounds. The RQ-21 Blackjack can fly for over 16 hours at a maximum height of 20,000 feet and a cruising speed of 60 knots. The standard payload configuration consists of an electro-optic imager with 4x digital zoom, a mid-wave infrared imager, laser rangefinder, IR maker, and a communications relay system.