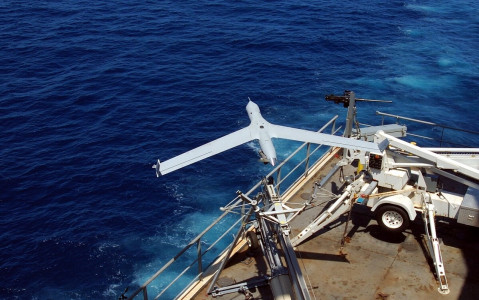 MELBOURNE, Australia — The U.S. Department of Defense has announced a contract awardfor 34 Insitu ScanEagle drones under the Foreign Military Sales program to partners in the Asia-Pacific region.

Under the $47.9 million contract, announced May 31, the UAVs are for the governments of Malaysia, Indonesia, the Philippines and Vietnam. Respectively, they will take delivery of twelve, eight, eight and six ScanEagles. The manufacturer is a Boeing subsidiary.T

The announcement marks the first time that military equipment will be transferred to Vietnam following the end of a U.S. arms embargo imposed since the communist takeover there in 1975. It was fully lifted in 2016.

Defense News understands from multiple sources that the UAVs will be provided to these countries by the U.S. government, although there are conflicting reports on whether these will falls under the purview of the DoD’s capacity-building program or the maritime security initiative announced in 2015.

One of the key advantages of the ScanEagle is its ability to be launched by a pneumatic catapult unit and recovered by Insitu’s Skyhook system, which means it can be operated from any patch of open space or from aboard a ship, negating the need for a runway.

Sensor payloads available for the UAV include electro-optic, infrared and high-resolution video cameras that enable the operator to track stationary and moving targets. The UAVs will assist the recipient countries in improving maritime domain awareness over their territorial waters and exclusive economic zones.

The contract announcement came on the same day that the DoD released its latest Indo-Pacific Strategy Report. The document lists as key priorities, among other things, building partner capacity and enhancing maritime domain awareness for third party partners in the region, as well as strengthening interoperability that includes increased information sharing between the U.S. and other like-minded countries in the region.

All the recipient nations in this contract have interests in the South China Sea, with Indonesia being the only country among this group of four that does not claim ownership of any of the islands, features and rocks in the disputed Spratly or Paracel groups.