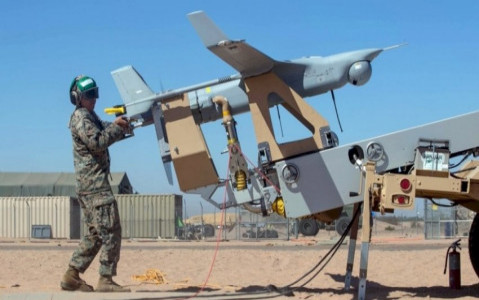 He declined to reveal exactly how many Blackjacks will support the force until the aircraft arrive in Australia.

“It’s the first time for the rotational force to incorporate unmanned aircraft,” said Col Banning of the RQ-21s.

He did, however, confirm that the drones would be used to monitor remote battlespace, and that the troops will practice deploying the drones and using them to relay information back to unit command.

The rotation troops consist of US Marines from Twentynine Palms, California, Combat Logistics Battalion 5 from Camp Pendleton, California, and a command element from the III Marine Expeditionary Force from Okinawa.

The RQ-21A Blackjack is a small tactical unmanned aircraft system designed by Insitu, a Boeing company, to meet the requirements of the US Navy and the US Marine Corps.

The Blackjack can be deployed in persistent maritime and land-based tactical intelligence, surveillance and reconnaissance, data collection, target acquisition and dissemination missions.

The twin-tailed successor to the previous ScanEagle iteration, the Blackjack's roll-on, roll-off capability makes it particularly suited to ship-to-objective manoeuvres.