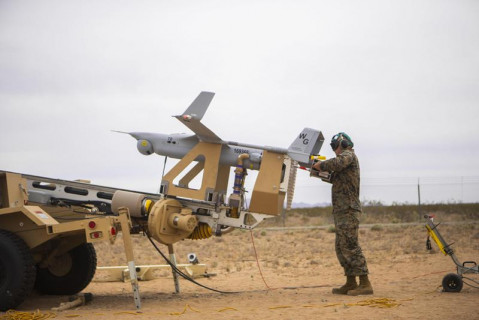 In a release, Naval Air Systems Command stated that the fleet readiness detachment (FRD) at MCAS Cherry Point will use the RQ-21A for training purposes.

Marine Unmanned Aerial Vehicle Squadron 2 (VMU-2) is also located at MCAS Cherry Point and will be responsible for maintaining the UAS.

This delivery comes after VMU-3 received its fourth and final system in March this year to complete the squadron deliveries. VMU-3 is stationed in Hawaii.

PMA-263 Program Manager colonel John Neville said: “As we wrap up the production phase of the RQ-21A programme for the Marine Corps and Navy, we have also been transitioning to continued sustainment for the fleet to include platform and payload capability improvements.

“While it’s a normal shift in the life of any programme, we maintain our focus on system readiness, affordability and capability improvements to ensure Blackjack remains a critical intelligence, surveillance, and reconnaissance capability that’s relevant for the warfighter.”

In addition, the focus will be on growing the customer base for foreign military sales.

RQ-21A Blackjack UAS was developed by Boeing Insitu in collaboration with the US Navy to meet requirements for a small tactical UAS that can operate from land and sea.

The runway-independent system can be used to support tactical missions on land and at sea.