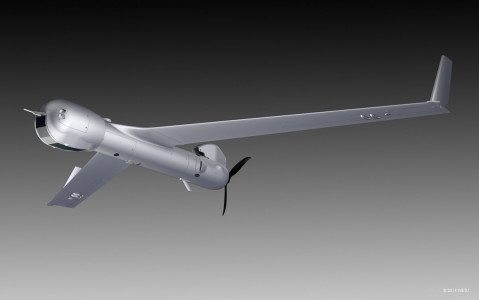 June 21, 2019: In early 2019 the American manufacturer of the ScanEagle UAV announced two new developments. One was orders, via the Department of Defense, for 34 more MQ-27 ScanEagle 2 UAVs. These will be delivered to Malaysia (12), Indonesia (8), Philippines (8) and Vietnam (6) by 2022. Some of these nations are already ScanEagle users and ordered more of them.

Also announced in 2019 was the new ScanEagle 3, which is a slightly larger (but 65 percent heavier at 36.3 kg/80 pounds) ScanEagle aimed at commercial users. ScanEagle 3 includes elements of the RQ-21A Blackjack which was introduced in 2014 as a new, larger (61 kg) UAV based on the ScanEagle that many thought would replace ScanEagle. That did not happen but Blackjack ended up complementing ScanEagle because military demand for the smaller and cheaper ScanEagle 2 continued.

In addition to the American military, ScanEagle has been exported to 23 foreign nations for use by the security forces. Over two thousand have been produced so far for commercial and military users. ScanEagle is usually sold as a $4 million system (four UAVs plus controller electronics and takeoff/recovery equipment). Only one person is required to prep, launch and operate a ScanEagle. Powered by a gasoline engine, ScanEagle is one of the most reliable UAVs available. The first versions were smaller and designed for commercial fishing vessels to search for schools of fish.

The ScanEagle entered service in 2005 and weighs 22 kg (48 pounds). It has a 3.2 meter (ten foot) wingspan and uses day and night video cameras. It uses a catapult for launch and can be landed via a wing hook that catches a rope hanging from a 16 meter (fifty foot) pole. There is also a smaller CLRE (Compact Launch and Recovery System) for ship use. On land Scan Eagle, can also land on any flat, solid surface. In 2014 an upgrade, ScanEagle 2, which included a number of mechanical and electronic upgrades that could also be applied to the original ScanEagle if the customer thought it worthwhile.

The ScanEagle 2 can stay in the air for up to 24 hours per flight and fly as high as 5 kilometers (16,000 feet). Scan Eagles cruising speed is 110 kilometers an hour and it can operate at least a hundred kilometers from the ground controller. ScanEagle carries an optical system that is stabilized to keep the cameras focused on an object while the UAV moves. ScanEagle has been flying fir nearly two decades and has been in military service since 2005. Users find it easy to operate, very reliable and is excellent at providing long duration surveillance over land and coastal areas.

The RQ-21A is basically a larger ScanEagle 61 kg (135 pound) UAV, which has a 4.9 meter (16 foot) wingspan and can fly as high as 5,900 meters (19,500 feet) at a cruise speed of 100 kilometers an hour. RQ-21A can stay in the air up to 16 hours and can carry a payload of 18 kg (39 pounds). It uses the same takeoff and landing equipment as the Scan Eagle. RQ-21A also uses many of the ScanEagle sensors, in addition to new ones that were too heavy for ScanEagle, like a high definition (synthetic aperture) radar. The additional weight of the RQ-21 makes it more stable in bad weather or windy conditions and can operate up to 100 kilometers from the operator.

The U.S. Marine Corps and Navy began receiving RQ-21A Blackjack UAVs in early 2014. The marines had to work out some kinks in using theirs and only declared the RQ-21A ready for regular (battlefield) service in January 2016. This came after a lot of field testing and tweaking. Some RQ-21A systems were sent to Afghanistan in mid-2014 for field tests and were soon operating in combat. So far over 600 Blackjacks have been built and export orders are going to nations already using ScanEagle but wanting something larger and similar. These users tend to keep buying and operating ScanEagles because ScanEagle is one of those systems that is too useful (reliable, affordable and capable) to completely replace.